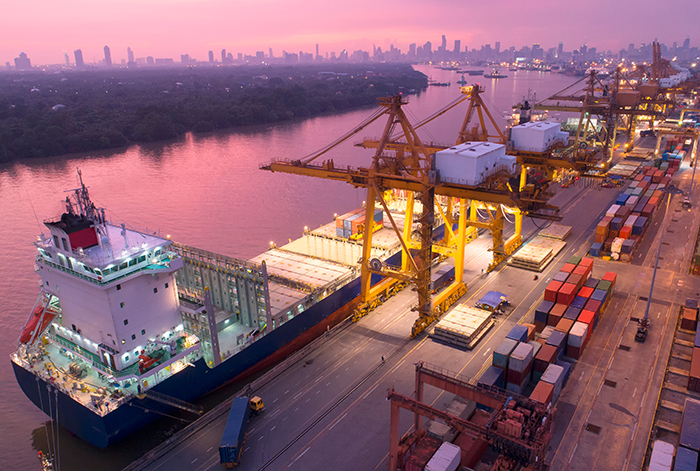 Chinese state-owned companies have directed large amounts of expertise and resources to African ports, not only to deliver benefits to the investing parties but also to contribute to a more effective and efficient African port industry.

Over the past decades, China’s direct investment in Africa expanded significantly and became more diversified. The increased involvement of Chinese interests in Africa has intensified the debate on the benefits, modes, and risks linked to these investments.

The latest port study of PortEconomics member Theo Notteboom, co-authored by Zhongzhen Yang (Ningbo University, China), Yunzhu He (Dalian Maritime University, China), and Hao Zhu (Ningbo University, China), presents an analysis of Chinese investments in and operation of African port infrastructure. Next to offering a comprehensive view on the spatial distribution of Chinese investments in African ports, this study elaborates on the specialization of major Chinese state-owned companies in terms of investment modes, and on the reasons behind the observed/expected geographical distribution of specific entry modes across Africa. It is shown that China’s port investment in Africa is primarily concentrated on the African east coast. The EPC+F+I mode (Engineering Procurement Construction+ Finance + Investment)is the most common arrangement adopted by Chinese enterprises in view of port investment in Africa while also PPP type of arrangements are frequently used. China’s enterprises are challenged to choose suitable modes when investing in African ports by taking into account their own attributes, the development status of the host countries, and the port characteristics.

The port study has been published at the Research in Transportation Business and Management journal and the authors’ version can be downloaded here.