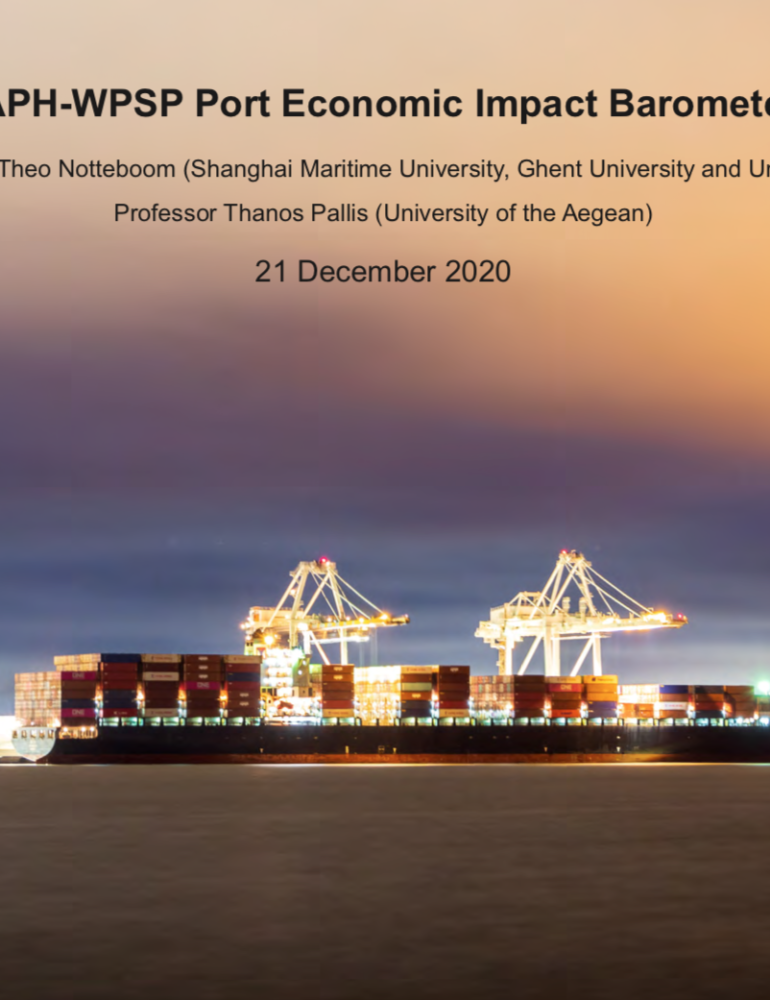 In addition to the updates on vessel calls, hinterland delays, capacity utilization and port personnel availability, the WPSP-IAPH Port Economic Impact Barometer report for week 50 asked the world’s ports to indicate how the share of empty containers in total container throughput evolved in the past three months compared to the same period in 2019.

The survey for the Barometer for week 50 is still dominated by respondents from Europe (46.2%). However it does has a relatively even spread of sample ports from the rest of the globe with 15.5% from Central and South America, 9.2% from North American ports, 18.4% from North Asia, South East Asia and Australasia, 9.2% from Africa and 1.5% from Middle East-Central Asia.

The number of ports that reported a significant imbalance compared to last year stands at 8%. 6% of ports reported the presence of much lower numbers of empties. Just over 60% of other ports responding to the survey reported a rather stable share of loaded and empty containers.

Barometer report co-author Professor Theo Notteboom commented: “The findings of the Barometer over time have shown that the COVID-19 related shocks in maritime trade produced a rather wide imbalance of minor scale, which in aggregate creates conditions that affect shippers – and freights – in several regional markets around the globe. Since early 2020, a large volatility in demand caused by COVID-19 combined with more rigorous capacity management by carriers has contributed to high freight rates, recent equipment availability issues and high costs to reposition empty containers. Despite the observed volatility, the ratio of full to empty containers served by ports has remained fairly much the same.”

Stable numbers reported for four main indicators of the Dashboard

Survey respondents for the Port Economic Impact Barometer for week 50 have provided feedback which is more or less in line with week 45. The only notable variants have been the significant improvement in barge availability for hinterland transportation (only 3% of relevant ports in the sample have experienced delays in week 50 compared to 17% in week 45) and the fall in percentage of ports with a decline in cruise/passenger vessels compared to last year (67% in week 50 compared to 83% in week 45).

The latter is partially explained by co-author Professor Thanos Pallis: “despite the overall trend which continues in the case of cruise vessels that still are not calling, cruise vessels are berthing for layup, given the lower numbers of cruise calls also reported in the Southern Hemisphere in what should be high season at this time. Passenger and ro-ro vessels are also being impacted, with services being halved in frequency in some cases until 2021, although a number of them have reported that they are now sailing mainly with cargo instead of passengers.”

The 14th issue of the WPSP-IAPH COVID19 Economic Impact Barometer report published on the World Ports COVID19 INFORMATION PORTAL under the FAQ section “WHAT IS THE ECONOMIC IMPACT ON THE GLOBAL PORT SECTOR?”.