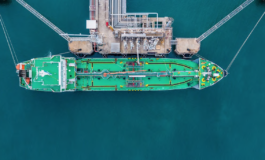 PortEconomics members have actively participated at the 28th Annual Conference of the Intrenational Association of Maritime Economist (IAME) that was held last week.  This was the first-ever online-only conference of IAME and was organized by the Hong Kong Polytechnic University (HKPolU).

A number of PortEconomics members presented their latest studies, with PorEconomics heading to circulate them to its visitors with a series of forthcoming articles.

During the Conference, IAME elected its President and Council for the next two years. PortEconomics co-director Thanos Pallis (University of the Aegean, Greece) has been re-elected as IAME President.

Thanos Pallis is a Professor in Port Economics & Policy, Department of Shipping, Trade & Transport, University of the Aegean, Greece, Vice-Chair of the Port Performance Research Network (PPRN), founding member & co-director of PortEconomics. The academic year 2019-2020 Thanos is Visiting Professor at School of Management, Universidad de Los Andes Colombia. He has worked in shaping the institutional and regulatory framework of the maritime and logistics sector in four different continents. He was the Secretary-General of MedCruise, the association representing cruise ports in the Med and its adjoining seas. Thanos served as General Secretary for Ports & Port Policy, at the Ministry of Development, Competitiveness and Shipping, Hellenic Republic, and as Member of the National Council for the Development of State assets.

PortEconomics member Larissa van der Lugt is also leading the organizing committee of the 29th Annual Conference of IAME that will be organised in July 2021 by Erasmus University, The Netherlands.