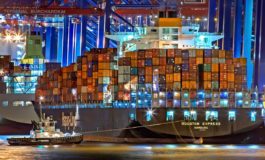 The reduction of Greenhouse gasses (GHG) and other air emissions represents a major challenge for ports. Ports so far have only taken limited steps to this end, but there are large differences between ports.

The study examines the drivers for the adoption of air emissions abatement measures in a sample of 93 of the world’s largest ports, covering all continents and mobile emitters. The findings suggest that ports are more likely to implement specific bundles of measures, in particular combining pricing and new energy sources, with the authors concluding that ports should coordinate abatement efforts to achieve effectiveness in their work.

The study can be freely downloaded via ScienceDirect Transportation Research Part D journal homepage: What drives ports around the world to adopt air emissions abatement measures?